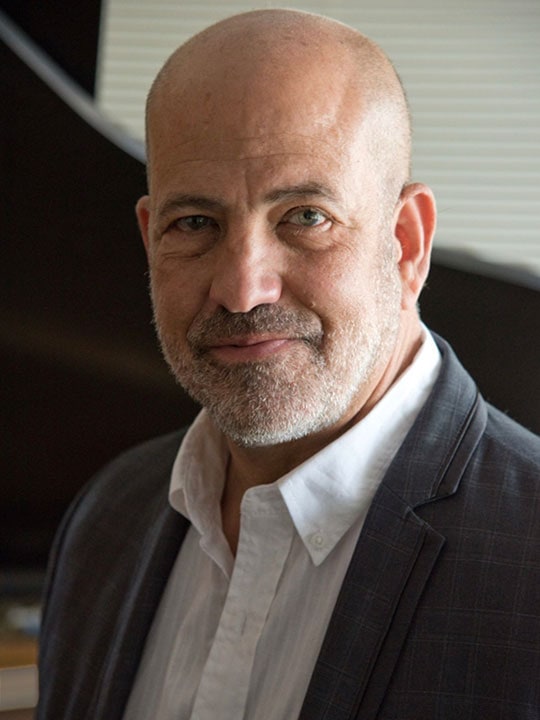 Award-winning composer Richard Tuttobene (he/him) has written music for film, television and the concert hall. He has competed music for feature films including "After Image" starring John Mellencamp and Louise Fletcher & "The Shipment" starring Matthew Modine and Elizabeth Berkley.

Tuttobene has also scored more than 400 TV episodes including Nickelodeon's "All That," "Kenan & Kel" and "The Amanda Show" as well as many reality shows including "Ghost Asylum," "In Search of Aliens" & "Pit Bulls and Parolees."

His music has been performed by Steely Dan, players from Bang On A Can, the New York Philharmonic and The Talujon Percussion Ensemble, among many others.

An active educator, Richard attended the Eastman School of Music, has taught film scoring at UCLA and also worked as a consultant for a new training and jobs program for composers and composer's assistants in the Los Angeles area. A recent transplant to Minneapolis, Richard is now teaching intermediate and advanced piano at Blue Tree and is looking forward to cooler temperatures and less traffic.

Richard teaches on MONDAYS, WEDNESDAYS and THURSDAYS and has slots available now!