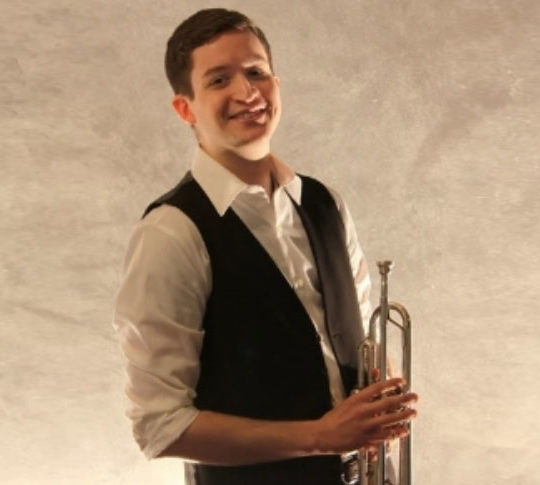 Eric Itzin (he/him) was exposed to a wide variety of music from a very early age, listening to everything from arena rock and hip hop to jazz combos and Dixieland quartets. He began playing piano at age 5 and eventually picked trumpet in the 4th grade, which he has been playing ever since. During his Bachelor’s of Science in Music studies at NDSU, he learned how to play every band instrument. These days he focuses on trumpet and vocals, with guitar, piano, and ukulele as well. At Blue Tree, Eric teaches early childhood piano & brass instrument lessons.

Eric's musical career has taken him from New York to Florida and back to Minnesota with touring marching and concert bands. Most recently you’d find him in various coffee shops and bars in Fargo with a band called The Midwest Coast, which will hopefully be playing similar venues in the Twin Cities soon. For fun he enjoys singing while going on drives, to the horror of bystanders.

Eric teaches on WEDNESDAYS and SATURDAYS and has slots available now!